Does your child with ADHD ever have temper tantrums or emotional meltdowns? Do these outbursts often leave you confused because they seem so out-of-proportion to what triggers them? It could be that your child is facing emotional dysregulation, a common feature of ADHD.

In this article, I’ll provide a brief review of what ADHD is, and then get into emotional dysregulation and why and how it impacts kids with ADHD.

ADHD, or attention-deficit hyperactivity disorder, is one of the most common childhood neurodevelopmental disorders, affecting 4-12% of school aged children. Kids and adults with ADHD face difficulties with impulsivity, focus, and hyperactive energy.

Some of the main signs of ADHD include:

What Is Emotional Dysregulation?

Emotional regulation is one of the most important life skills. In psychology, emotional regulation is the ability to change your own emotional state and behaviors to fit the scenario and gain the results you want. It’s also what allows people to process emotional stimuli. In other words, it's your ability to take a step back and choose how you want to react to a situation rather than allowing your emotions to dictate your behaviors.

We all have varying degrees of emotion regulation skills in different situations. For example, you might be able to regulate your emotional reaction in front of your boss, even if you’re unhappy with what they’re saying. It might be harder to stay calm after you’ve just been through a car crash and you’re feeling terrified.

People regulate their emotional states in many different ways, including:

Kids are in the process of developing their emotional regulation capabilities. It’s normal for a toddler to have a tantrum. This is because a child at this age has not yet developed the ability to regulate their own emotional reactions. They may feel a huge emotional response that is disproportionate to the situation and need to expend that energy before they can move on.

As kids get older, they start to learn the skill of self-regulation. For example, a 5-year-old is less likely to have a tantrum when they feel disappointed. If they do, they may have problems with emotional dysregulation.

Try the new to-do app for kids with ADHD called Joon. Joon is a new type of video game that makes routine tasks fun for kids (ages 6 - 12). Motivate your child with ADHD to focus and stay on top of their daily tasks with a game that turns routines into actual fun!

The connection between ADHD and emotional dysregulation

Up to 50% of youth with ADHD face emotional dysregulation as part of their disorder. Some reports raise that number to 70% for adults with ADHD.

If you have a child with ADHD, you probably deal with emotional dysregulation on a regular basis. For example, you may need to tell your child that it’s time to turn off the television. Of course, having to turn off the TV is disappointing for any child. But a child with ADHD could get angry, have a reaction that seems overblown or disproportionate to what’s actually going on.

Emotional dysregulation for kids with ADHD can be traced back to the brain.

Specifically, ADHD causes kids to have an overactive amygdala. The amygdala is sometimes called the “fear center” of the brain, although this is an incomplete description. It's responsible for emotions like fear and anxiety, as well as behaviors and memory processing.  People with overactive amygdalas may experience heightened anxiety or hypervigilance, even when the situation doesn’t call for it.

At the same time, kids with ADHD often have an underactive prefrontal cortex. The prefrontal cortex is the part of the brain that's responsible for executive functioning. Executive functioning skills include planning, problem-solving, and responsible decision-making. It's also helpful for inhibition, which helps us to moderate our emotional reactions.

Kids and adults with ADHD often have stronger emotional reactions due to their overactive amygdala. But on top of that, the effects of ADHD on the prefrontal cortex make it harder for them to control these overwhelming emotional impulses.

This is why so many kids with ADHD face emotional dysregulation. It can be frustrating for parents when their kids with ADHD have tantrums or meltdowns. But it isn't their fault — it's just the way their brains are wired.

If you’re a parent of a child with ADHD, then it’s likely that you have already borne witness to the day-to-day impacts of emotional dysregulation. Kids with ADHD have varying levels of how well they are able to regulate their emotions. But at its most severe, emotional dysregulation can cause significant negative impacts on functioning for both kids and adults and bring down quality of life.

Unfortunately, all of these things can cause kids with ADHD to face social rejection among their peers.

Emotional dysregulation can also affect school and work life for both kids and adults with ADHD. For kids, having such heightened emotional responses could easily get in the way of learning.

As kids with ADHD grow up and enter the workforce, they might find that emotional dysregulation gets in the way of successful employment, too. Dealing with angry customers or a demanding boss, for example, would be a challenge for someone with difficulty regulating their emotions.

The secondary effects that emotional dysregulation has on their lives could also bring down their sense of self-worth.

How to Improve Emotional Regulation

The good news is that emotional regulation is a skill that can be taught and practiced just like any other skill, like long division or how to share toys. Here are some ways you may be able to help your child strengthen their emotion regulation abilities.

When kids have a hard time with emotions, many parents are tempted to shy away from the topic altogether. But it could be a better idea to address emotions head-on and encourage your child to self-reflect.

When you notice your child becoming dysregulated, sit down and talk to them about their underlying feelings. What is causing them to feel this way? What happened when they reacted the way they did and did they achieve what they wanted to achieve? What could go better next time?

The key is to be non-judgmental and to try as much as possible to regulate your own emotional reactions.

The best way to deal with emotional meltdowns in kids with ADHD is to prevent them from happening to begin with. This doesn’t mean you need to shield your child from every single thing that could possibly go wrong — clearly an unrealistic goal.

Rather, prepare for setbacks and disappointments when you can. For example, you may need to leave the park earlier than usual tomorrow afternoon. Prepare your child for this plan. Work out their emotions, and practice coping skills they can use to manage their emotions when they feel disappointed. When the time comes, remind them of the skills you’ve practiced.

Another important thing to consider when trying to help your child improve their emotion regulation skills is whether or not their ADHD is treated.

ADHD is a chronic neurodevelopmental condition that affects the brain. Addressing this underlying disorder may be one of the first steps to improving your child’s ability to regulate their emotions. Research shows that treating the primary symptoms of ADHD (like hyperactivity or inattention) also helps to decrease emotional dysregulation.

The most commonly recommended treatments for ADHD kids are behavior therapy and medications.

Although temper tantrums can understandably be frustrating for parents, emotional dysregulation for kids with ADHD is caused by biological differences in the brain. Getting ADHD treatment for your child can strengthen their emotional regulation skills and improve their overall quality of life.

Sarah is a Pediatric Nurse Practitioner with a specialty certification in pediatric mental health. She works at a clinic in Champaign Illinois, providing care to children and adolescents with mental health disorders. She obtained her bachelor's in nursing from Indiana State University in 2011 and completed her master's in nursing from University of Illinois at Chicago in 2014. She is passionate about helping children create a solid foundation on which they can grow into healthy adults. 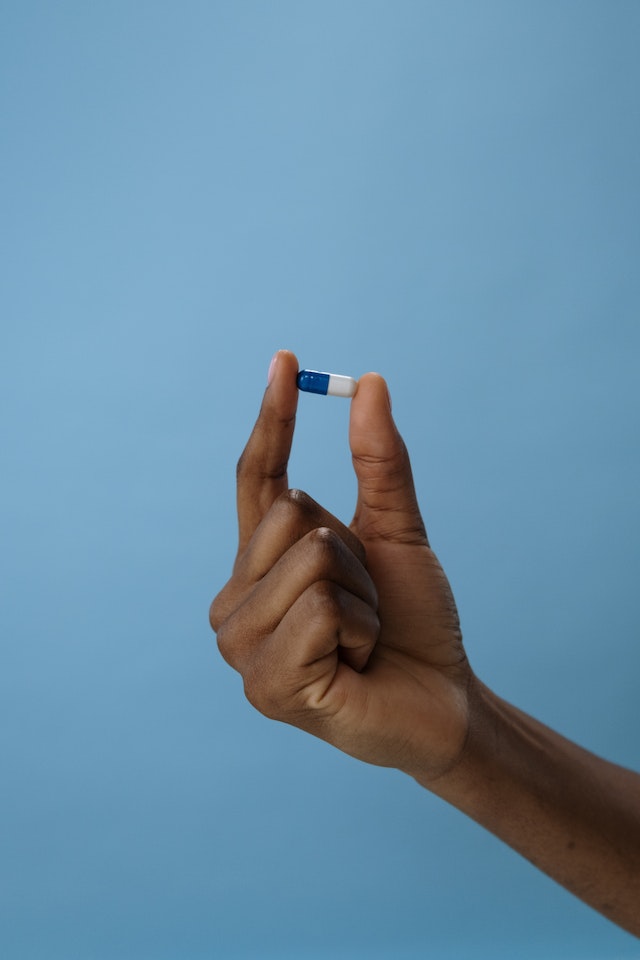 Dexedrine for ADHD: Side Effects, Warnings, and How It's Used

Dexedrine is a stimulant medication that's used to treat ADHD. Learn more about how it's used, its side effects, and more in this article. 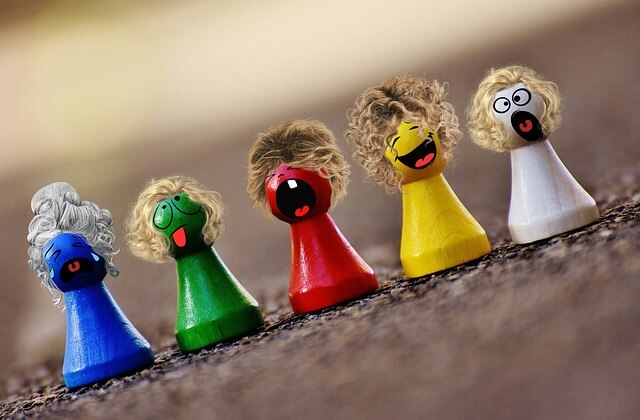 What Are The Best Toys For Kids With ADHD? Suggestions Your Child Will Love

We have included ADHD toys for a range of different age groups, as well as toys in various price ranges. Even better, many of these have research-backed benefits. 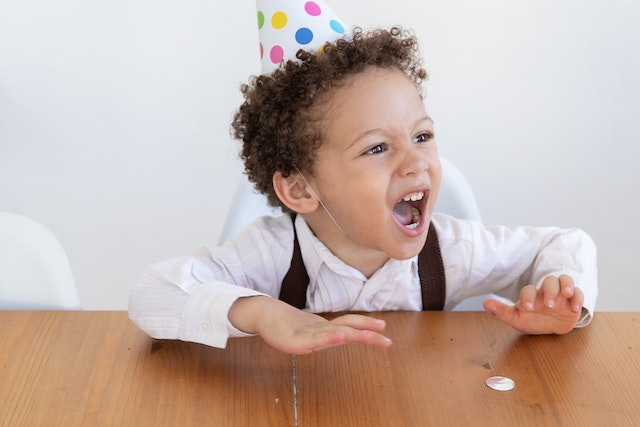 Emotional dysregulation is a common symptom of ADHD that makes it hard to control feelings. Learn about the effects in this article.