Can ADHD Cause Tics?

Attention Deficit Hyperactivity Disorder (ADHD) symptoms and tics may present in similar ways, and it is possible to have both ADHD and a tic disorder. Can ADHD cause tics? Furthermore, what can you do if you think that a child in your care is experiencing tics? Let's answer those questions and discuss the potential link between ADHD and tics or tic disorders.

What is a Tic?

Tics are unintentional, repeated, and sudden movements, twitches, or sounds that people cannot control. Someone with a motor tic, for example, may shrug or blink repeatedly and uncontrollably.

An individual with a verbal tic may screech, hiss, scream, or repeat words and phrases. There are simple tics (like shrugging, blinking, sniffing, and hissing) and complex tics (like repeating words and phrases or yelling vulgar, obscene words or phrases).

Though some of these things can resemble ADHD symptoms from the outside looking in, such as blurting out, it is not the same thing, and tics aren't a direct symptom of ADHD. Instead, these things could be indicative of another disorder, such as a tic disorder. It is possible to live with both ADHD and a tic disorder, and this is actually quite common.

The most common tic disorder you may have heard of is called Tourette Syndrome. There are three tic disorders listed in the DSM-5, including:

For Tourette Syndrome (TS) to be diagnosed, both multiple motor tics and one or more vocal tics must have been present at some point in time (although not necessarily concurrently). Symptoms must persist for a year or more for the diagnosis of this disorder to occur.

Provisional tic disorder is diagnosed when an individual experiences single or multiple motor tics and/or vocal tics, but for less than one year at the time of diagnosis. This is what sets this disorder apart from Tourette Syndrome and Persistent Motor Or Vocal Tic Disorder.

To diagnose a tic disorder, a provider will often look for the presence of vocal and motor tics that start or started before the age of 18, happen several times a day, daily or intermittently for at least a year, and aren't better explained by another cause, such as another condition or medications that include tics as a side effect.

Are ADHD and Tics Related?

ADHD may not cause tics directly, but are ADHD and tics related? As far as statistics go, the answer actually is "yes." Whereas about 9.4% of kids in the United States have ADHD overall, the same is true for 52% of children with Tourette Syndrome.

This means that, if someone has Tourette Syndrome, they are more likely to have ADHD. It is very common for individuals who live with ADHD to have an additional condition or disorder that affects their life, and this is also the case for those with tic disorders.

Some of these conditions may overlap. Other disorders seen at a higher prevalence in both those with ADHD and those with Tourette Syndrome include but aren't limited to anxiety disorders, conduct disorder, depression, and autism spectrum disorder. It is possible to receive treatment for both ADHD and tic disorders, as well as other disorders, at the same time.

Treatment for ADHD and Tics

This form of therapy has been proven effective in reducing symptoms in both children and adults who live with tic disorders. Therapy is also a valuable and recommended treatment for those with ADHD, though the modality used may vary.

If you have questions or concerns about the recommended treatments for your child, don't hesitate to discuss them with your child's care team. They are there to help and work with you and your child to find the best course of treatment for them as a unique individual. While conditions like Tourette Syndrome do not go away, treatment can be incredibly helpful, which is why it's so crucial to seek professional help if your child has or may have a tic disorder.

You suspect that your child has a tic disorder. Now what? The first step to seeking professional help, most often, will be to make an appointment to speak with your child's primary care physician about their symptoms.

During this appointment, the doctor may be able to diagnose a tic disorder, or they may provide a referral to someone who can. Similarly, a primary care physician can give you the name of specialists in your area (such as neurologists and therapists who specialize in tic disorders) and send out referrals for treatments, like CBIT, that can help with tic disorders.

There are also online resources that can help you find a wide range of professionals who specialize in or can help with tic disorders, such as the "find a provider" tool on the Tourette Association of America website, located here: https://tourette.org/find-a-provider/.

Also on the Tourette Association of America website, you can find tools such as "I have TS" cards (available in English and Spanish) that can be useful in situations and spaces where other people may be unaware of your child's tic disorder.

Though tics aren't a symptom of ADHD, it is possible for individuals with ADHD to have tics. If you're having trouble deciphering the cause of your child's symptoms, speak with a medical provider who can provide an adequate assessment and diagnosis. 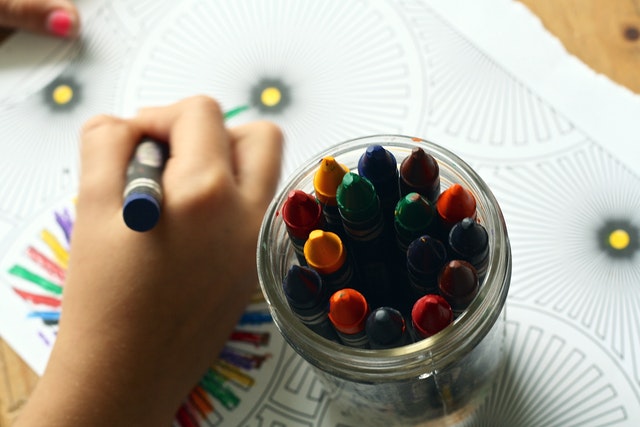 What's the Difference Between ADHD vs. Autism?

While autism and ADHD have some similar symptoms, they are different disorders. Learn more in this article. 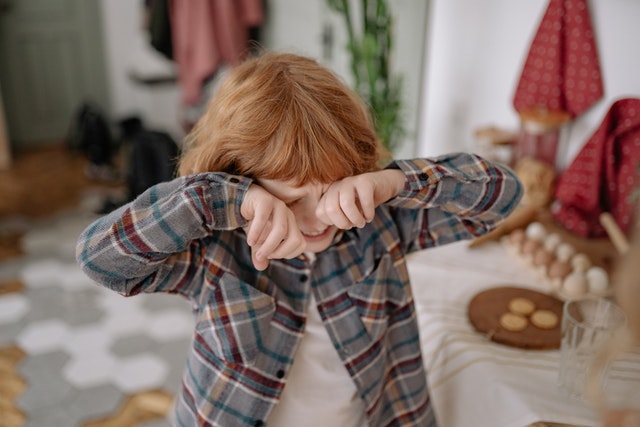 How to Handle Tantrums in a Child with ADHD

ADHD can cause a child to become frustrated more easily, leading the throwing tantrums. Learn more about the connection between tantrums and ADHD. 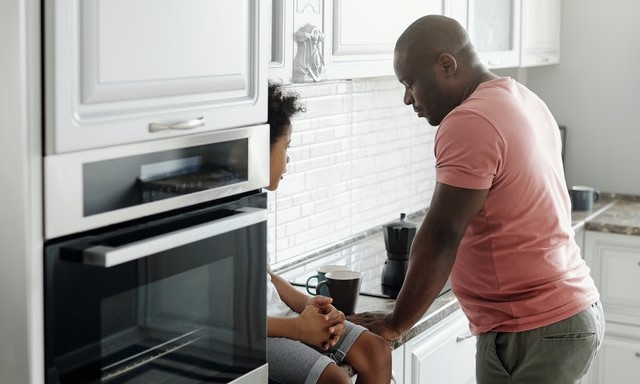 How to Use a Reward System for a Child with ADHD

Is the reward system right for your child with ADHD? Learn more in this complete guide.